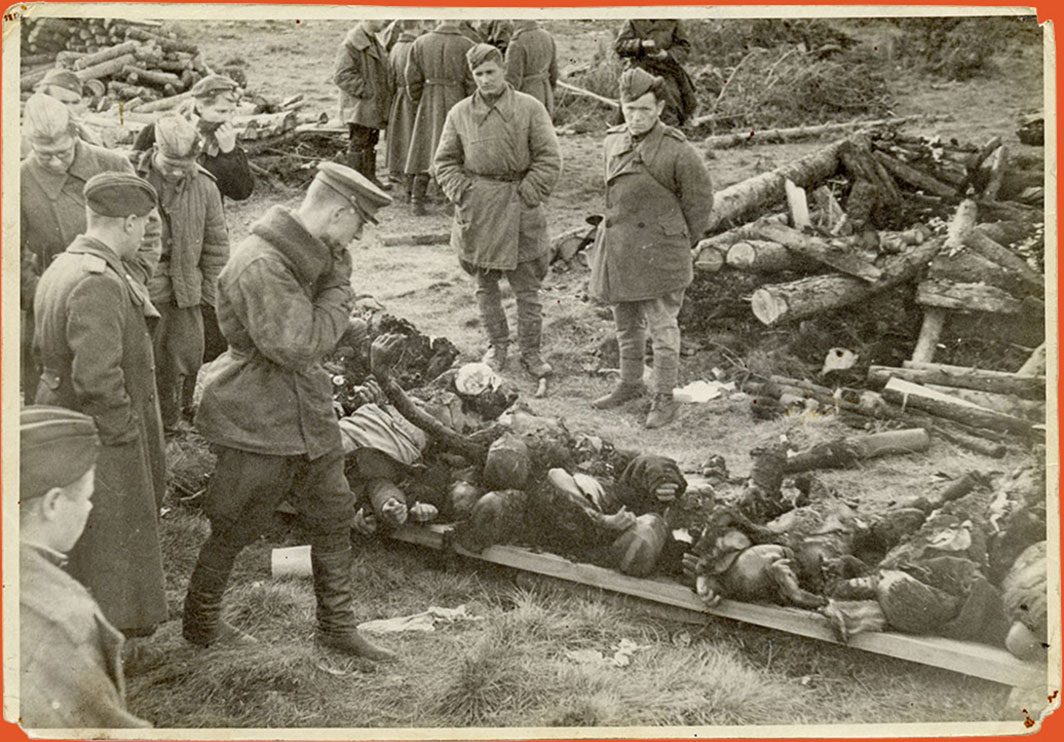 Corpses at the Klooga Labor Camp

Russian soldiers inspecting half-burned bodies after the liberation of the Klooga concentration camp in Estonia in 1944. Jews became the majority of prisoners at this camp when the Jewish ghettos in Lithuania and Latvia were liquidated in 1943. It became clear that Soviet forces would soon take control of the area. So the Germans systematically shot the remaining 2,000 prisoners just one day before the liberation and stacked their bodies on pyres for burning. The victims included the librarian Herman Kruk who made his last diary entry just hours before his execution.