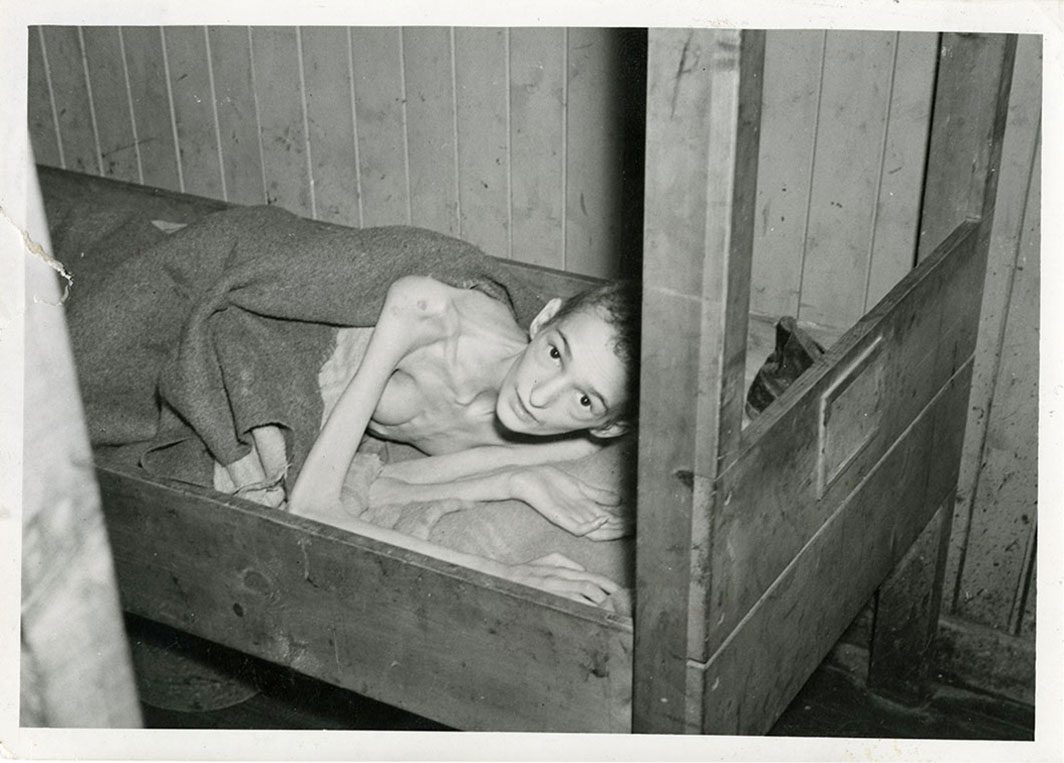 An emaciated boy in a bunk in a typhus ward at the Bergen Belsen concentration camp. This picture was taken in Germany after the camp was liberated by British forces in 1945. The soldiers found thousands of dead bodies and 60,000 starving and sick people. It was not an “extermination” camp. But over the five years of its existence, over 70,000 people died there from starvation and disease. That included 20,000 Soviet prisoners of war.