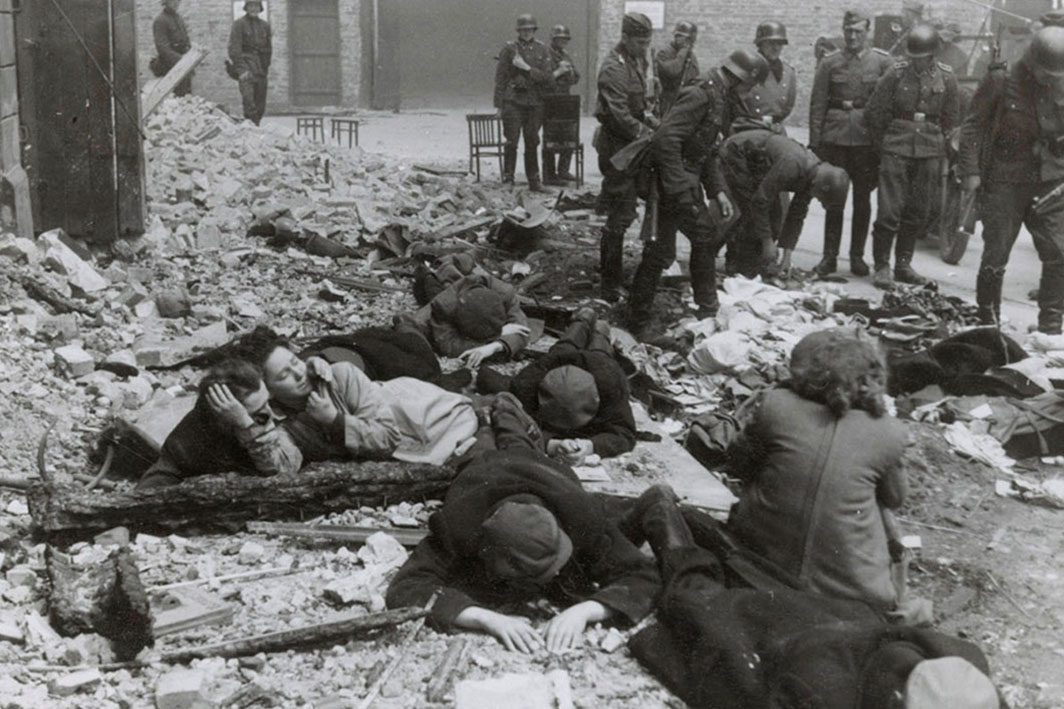 Forced from hiding places during the Warsaw Ghetto Uprising

The Nazis began to liquidate the Warsaw Ghetto in April 1943, transporting its remaining Jewish residents to death camps. But they ran into mass armed resistance led by the Jewish underground. The Jewish Fighting Organization and the Jewish Military Union held out for almost a month, fighting house to house, as the Nazis burned the ghetto to the ground. The Nazi forces documented their brutality with a photographic report. In this photo, Jews whose hiding places have been discovered by German soldiers await their fates. They will either be executed on the spot or deported to a death camp.