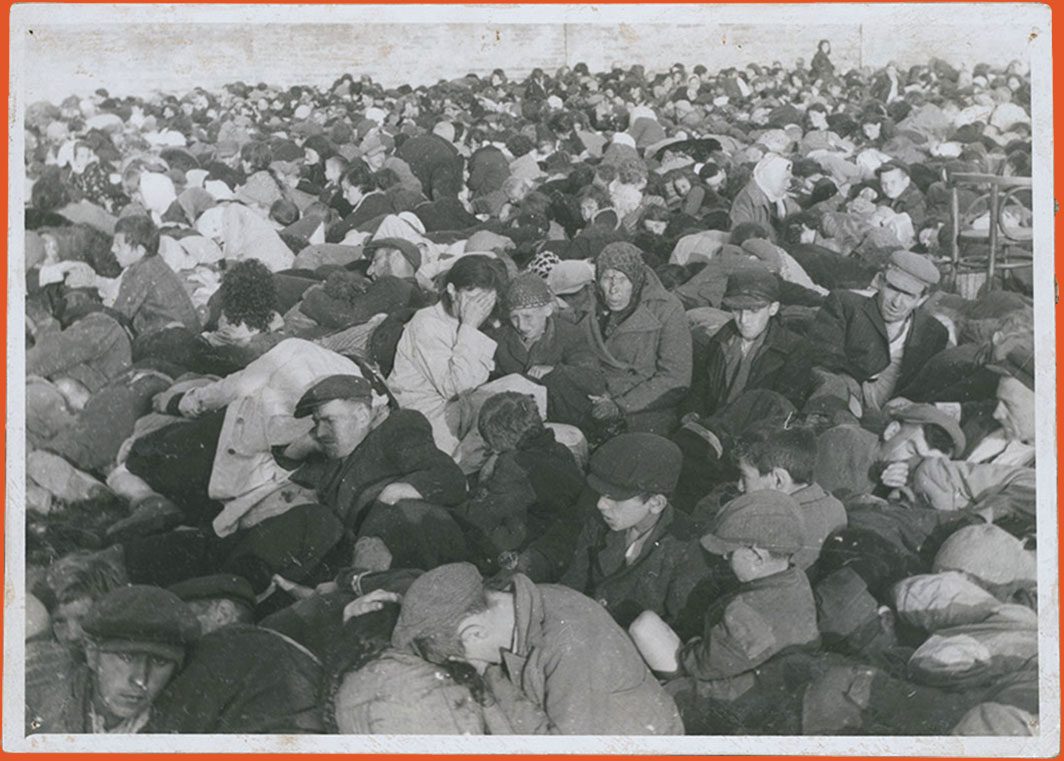 Jewish community of Siedlce assembled for deportation to death camp

Terrified Jews from Siedlce, Poland and neighboring communities. They are assembled for deportation to the Treblinka death camp in 1942 when the Germans liquidated the Siedlce Ghetto. Jews were kept at the assembly point in the hot sun for hours without water. Some waited there for days. Those who resisted were shot on the spot. This photograph was taken by a German soldier.